Desert locust is an ancient scourge which could start to plague 21st century world if a local infestation is not detected and controlled on time. Vulnerable communities in Horn of Africa may bear the brunt of this devastating invasion.

Desert locust invasion in the Horn of Africa is attributed to heavy rainfall and flooding in many parts of this region in November – December of 2019. Swarms of locust covered massive tracts of farming and grazing land in Somalia. This invasion could inflict a destruction of biblical proportions because of how an already highly food insecure populations in Burundi, Ethiopia, Kenya, Somalia, South Sudan, Sudan and Uganda, about 26 million people, may severely be affected.

It took two years (2003 – 2005) and about half a billion dollars to control its devastating effect on livelihoods in Sahel region. Crop losses, drop of education levels since many of the children were withdrawn from schools due to economic pressure, and debt incurred by household heads were reported in Mali and Mauritania. This dangerous migratory pest destroys livelihoods of the most vulnerable in the poorer nations.

Desert locust (Schistocerca gregaria) is one of the most devastating migratory pests in the world. According to FAO, desert locust swarms migrate with the wind by covering 100 – 150 km a day, and a swarm can contain up to 150 million locusts per square kilometre.

OCHA estimated that an area of 1 square kilometre of locust swarm can devour the equivalent of food for 35000 people in one day.

FAO reported that desert locust breeding is ongoing in Puntland, Galmudug (Mudug), and Somaliland. Moreover, the organisation stated that an estimated 70,000 hectares of land have been infested by hoppers and breeding adults, which have already damaged crops and pasture in Ethiopia and Somalia.

Locust infestation is not only destroying crops in the farming land in Somalia but denuding thousands of square kilometres of pastureland in Puntland, GalMudug and Somaliland. Livestock herders in these parts of Somalia are to face severe malnutrition and hunger if these infestations are not properly monitored and controlled. Populations in cities, towns and villages in central and northern parts of Somalia have their livelihood dependent on livestock products and its trade. There are thousands of herds of livestock shipped annually to Middle East via Bosaso and Berbera ports. Local employment, trade and commerce depend mainly on biomass production of these pasturelands. Camels, cows, goats and sheep are the hard currency for the population in Puntland, GalMudug and Somaliland, and similarly for the rest of the country.

A Centre for Desert Locust Monitoring in Qardho, Puntland

Both Minister Ciid and the Minister of Environment and Agriculture and Climate Change of Puntland State (MoECC), MR Ismaaciil Gama’diid, assigned a new centre for monitoring desert locust in Qardho, Puntland. The swarms of locust which invaded Somalia have been originating in Yemen. Their first entry points are in the rangelands of Puntland via the Red Sea. Hence, the centre in Puntland. Historically DLCO-EA (Desert Locust Control Organization – East Africa) had a base in Qardho in 1960s, 1970s and 1980s. Prominent staff during that era include MR Faarax Walanteery (Voluntary), MR Xirsi Bulxan and MR Abshir Faarax (Waraabe). The re-establishing of the centre will not just monitor and control desert locust but other migratory pests which could infest Somalia’s vast arid and semi-arid land.

In order to fight against desert locust successfully, urgent institutional, infrastructure and technical investments are required. Although occurrence of outbreaks is periodical, it is complex to predict. Therefore, it is essential to continuously keep monitoring particularly after heavy rains and floods.

“We are talking about a medium- to long-term intervention. The impact of our actions in the short term is going to be very limited, but we can make a difference to support livelihoods and avoid further disastrous consequences for the next Gu season in 2020 if we act now”, says Etienne Peterschmitt, FAO Representative in Somalia. He has also mentioned that FAO requires an additional USD 3 million for the initial response.

Just starting to recover from the long civil war with limited number of fully functioning institutions, the issue on the quality of environment in Somalia could easily be neglected particularly when devastations like desert locust on food crops and range lands are urgently required to be dealt with. Selection of insecticides from a myriad brand names with high efficacy and limited adverse environmental impact is tantamount to control of the pest. There is always a greater need to simultaneously strategize control decisions together with the care of the ecosystem.

Insecticides used for locust control or any other agricultural pests will inevitably affect other living organisms – (non-target organisms). Crops and range lands would be impacted including livestock and humans. Therefore, it is imperative to utilize all accessible expertise to safeguard the environment by conducting a comprehensive environmental impact assessment when making decision on the use of insecticides which could have adverse impact on the ecosystem.

Types of Insecticides and their toxicity levels

Many insecticides previously used for locust control are now on prohibited lists of chemicals worldwide. Organochlorines which were commonly used 2 – 3 decades ago are now found out to be very toxic to animals and crops because of their persistence in the environment. Compounds of these insecticides which include DDT, Dieldrin and Endrin kill not only the locusts but also endanger many other types of insects which are beneficial for the environment. According to WHO, the use of most organochlorine insecticides is not recommended for locust control.

The most widely used types of insecticides for locust control are fenitrothion, chlorpyrifos and bendiocarb. These are called organophosphates. These insecticides are quite fast-acting (two to eight hours), relatively non-persistent, but quite broad-spectrum compounds. They are also moderately hazardous.

A slightly hazardous insecticide is the synthetic pyrethroids; fast-acting with varying levels of persistence. Mixtures of these pyrethroid insecticides with other organophosphates compounds produce good results in controlling locusts and preserving the ecosystem.

With the use of UAVs (Unmanned Aerial Vehicles), drones, can be used to collect images of vegetated areas which could be affected by locusts. Data gathered can be use to identify swathes of land which seem most likely to harbour desert locusts. Drones can also access areas where ground teams cannot venture because of insecurity. Surveillance of early infestations of locust can now be monitored effectively and efficiently.

A Somali proverb goes, “Ayax Teg Eelna Reeb – Locusts are gone but its legacy hovers.” This time, in literal terms NOT figuratively, the long fight to monitor and control desert locust has to start in earnest. With concerted effort, no (swarm) legacy of this pest should breed or make an escape to migrate elsewhere. However, this fight ought to be environmentally friendly and in harmony with Somalia’s fragile ecosystem. 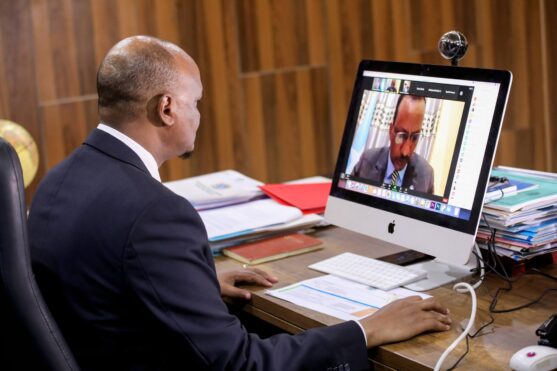 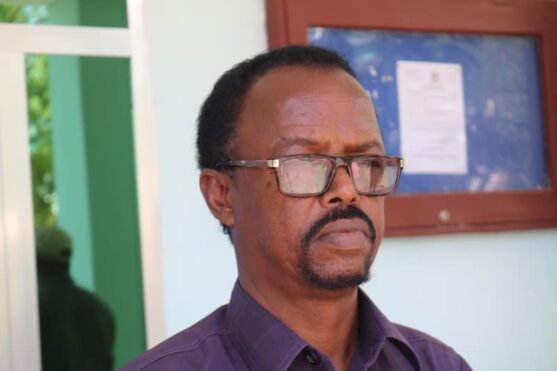 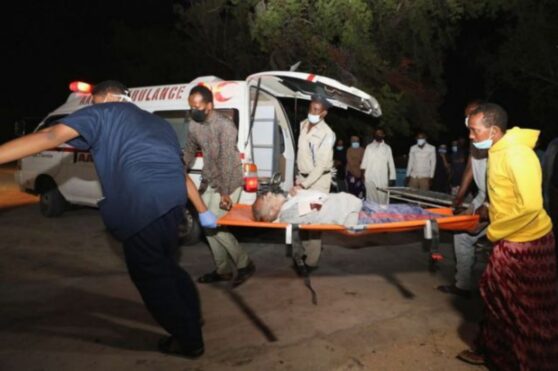