Mahad Abdullahi Ashkir, a cattle herder living on the outskirts of Balanballe in the central Somali region of Galgadud, has been reduced to working as a porter after losing 70 of his cows to a preventable tick-borne disease.

Mahad, a father of 20 children from three wives, told Radio Ergo how he poured his energy into protecting his cows during the dry seasons, taking them as far as Lasanod in the north and the Shabelle regions in the south, to ensure they had enough water and pasture.

But what he failed to do was to vaccinate them against the disease called qanja, spread by ticks and fatal if not dealt with.

“I’ve managed to get them through the drought. It was when the first 10 cows gave birth and others were expectant that the disease came. None of the adult cows survived,” Mahad said.

The disease decimated his herd, leaving him with just 10 young calves. He did not even manage to sell or slaughter any of them. Doctors have warned against eating the meat of infected cows as it could be harmful to humans.

Mahad used to earn about $25 a day from selling 15 jugs of milk. That was enough to support his large family. On top of that he earned money from the sale and slaughter of healthy bulls.

Since losing his cattle, he has been forced to work as a porter, mounting people’s cargo onto trucks. On a good day, he makes $6 in this job and on days when there is no work, he asks for food on credit from local stores to cover his family’s needs.

According to Dr Saleban Mohamed Salah, head of the Galmudug Veterinary Association, about 1,500 heads of cattle have died in Balanballe district alone as a result of tick-borne diseases.

He said they have imported doses of a vaccine against the disease, but the local cattle herders are not willing to buy it.

“This disease has an effective vaccine and there are sufficient stocks of the vaccine in nearby Guriel, but the herders don’t want to pay the $3 cost,” said a frustrated Dr Saleban.

Jamal Isse Abdi, a father of 12, told Radio Ergo that the disease killed off 60 of his cattle and he is now left with only 10 heifers.

“The disease hit my cattle hard, affecting 45 of cows that gave birth recently and 14 pregnant ones,” he said.

He used to earn enough money from selling the milk to cover his family’s needs as well as the $30 school fees for his children. But having lost that source of income and with no other employable skills, he worries a lot about the future.

“I used to sell the bulls for a good amount as well as the milk from the cows – for 10 jugs of milk I’d get $15,” said Jamal, remembering how good it was in the recent past.

Balanballe District Commissioner, Jama Hayle Mohamed, told Radio Ergo that the cattle herders who lost their cattle in this way have come to the town looking for casual work. He said the local authorities do not have the means to do more than give them land to settle on as IDPs and ask aid agencies to help them.

Tick-borne disease kills thousands of cattle every year. The cattle herders move their cattle to other places that have not been affected by the disease, thinking they can leave it behind. But according to the veterinarians, the cattle are simply vulnerable to getting sick and dying from the same disease in the new locations. 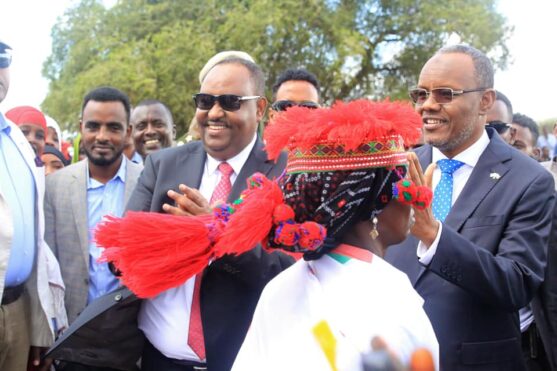 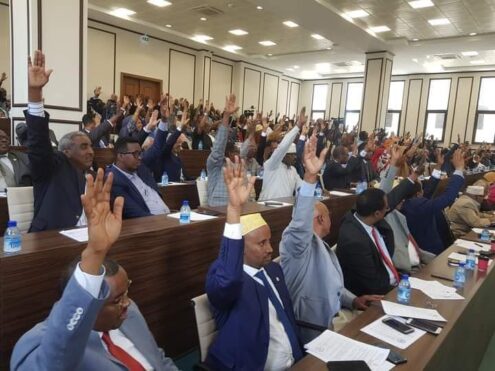